by Manansh Sharma
in Business
0 0
0

Virgin Galactic, the space tourism firm that hopes to send its first customers to space next year unveiled a new spacecraft design on Tuesday. The sleek new space plane has a reflective coating that the company calls “mirror-like” and says it will add to space tourists’ experience. 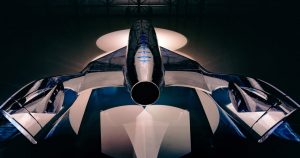 Visually, the SpaceShip III closely resembles SpaceShipTwo, the vehicle that Virgin Galactic (SPCE) has been testing for more than a decade. But the updated space plane is designed to be more easily manufactured and to be durable enough to help the company achieve its goal of flying 400 trips to suborbital space each year.

The company is, however, also still continuing to test its SpaceShipTwo vehicle, called VSS Unity. The next trial run for it is slated for May, and it will follow up two prior test flights that were successful and one that was prematurely scrapped in December.

After nearly two decades in the development phase and years of missed deadlines, Virgin Galactic now says it expects to fly its founder, British billionaire Richard Branson, to space later this year before beginning full commercial operations in 2021. The company’s home base is in New Mexico, where a glitzy spaceport paid for with more than $200 million in mostly taxpayer money had been waiting for nearly a decade for Virgin Galactic to move in and open for business.

Virgin Galactic moved into the New Mexico facility in May 2019. The company refurbished the building to include a lounge and other amenities that ticket holders — who so far have forked over between $200,000 to $250,000 each to reserve seats — will be able to use before their brief journey to the edge of space.

The daughter honors her mother killed in Atlanta shooting