(Photo via The Rolling Stones)

Dec 18, On Friday, Eminem released his new album “Music to Be Murdered By- Side B”. The 16-track LP includes several references to Rihana, Mariah Carey and even coronavirus. But there is on a specific song that is catching Billie Eilish fans’ attention.

The LP’s third track “Alfred’s Theme” is attracting a lot of reactions from Eilish’s fans and there’s a perfect reason why.

It’s been ten months since Eminem released his last album “Music to Be Murdered By.” But it seems like the COVID-19 pandemic inspired Eminem to work on a new studio album in 2020. And, of course, it is filled with quite a few controversial lyrics. 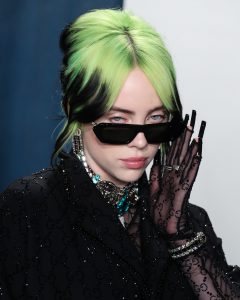 Along with calling out both Snoop Dogg and Mariah Carey on his new album, Eminem also mentions Billie Eilish much to the amazement of fans.
Eminem rhymes, “But really I’m just fulfilling my wish of killing rhymes,
Which is very childish and silly, but I’m really like this,
I am giving nightmares to Billie Eilish.”

Of course, the lyrics have caught the attention of several Billie Eilish fans.

There is a reason why Eminem rapped those words. Back in 2019, Billie said in an interview that she was actually scared of the artist. When asked for her preference between Childish Gambino and Eminem, she had to go with Gambino.

“I have to say, Childish Gambino, one million per cent,” she stated. “I was scared of Eminem my whole life, terrified. Oh my god. But you Gambino, he created me, man.”

However, Eminem’s new album launched on Eilish’s 19th birthday. The coincidence has caused many people to think his name dropping was his style of wishing Billie a happy birthday.

As US Gets COVID-19 Vaccine, Undocumented Immigrants Are Unwilling To Get Vaccinated