“Mom”: Television shows that changed and got better

“Mom,” the popular CBS sitcom (Thursday, 9 EDT/PDT), which ends its eight-season run on May 13, is a significantly different – and better – show than the one that premiered in 2013.

What started as a domestic comedy centered on a single mom (Anna Faris) juggling home and work responsibilities while struggling with addiction issues and the return of her estranged alcoholic mother (Allison Janney) evolved into a top-notch buddy comedy focusing on six women whose friendship takes root in a 12-step group.

That ensemble, which also features Mimi Kennedy, Jaime Pressly, Beth Hall, and a brilliant later addition, Kristen Johnston, is so strong it survived the departure of Faris’ Christy this season without missing a comic beat.

In honor of dear old “Mom,” as she nears retirement, we revisit some other shows that made midcourse corrections that led to better stories, bigger audiences, or both – essentials to a long, happy TV life. (Listed in reverse chronological order): 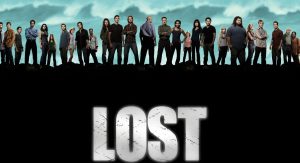 This trailblazing mix of fascinating characters and jaw-dropping supernatural twists, known for its signature flashbacks, already was a great series. But the sly introduction of flash-forwards in the Season 3 finale, “Through the Looking Glass,” shocked fans and proved this classic hadn’t lost its ability to surprise and revitalize. Invigorated, the drama moved forward, embracing – rather than avoiding – the concept of time travel, producing one of its best episodes (Season 4’s “The Constant”) and eventually introducing flash-sideways, which contemplate parallel time.

'Without Remorse' a Michael B. Jordan's action flick