The remaining 2021 Indian Premier League (IPL) season will resume in the United Arab Emirates from September to October.

The 20-20 tournament was suspended on May 4 after a high number of positive COVID-19 tests among players.

It has been transferred from India because it is monsoon season in the country at the time.

(BCCI) the Board of Control for Cricket in India said it had been a united decision to resume the IPL. 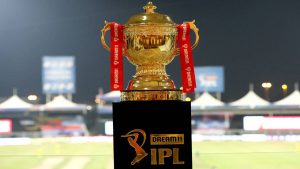 There are 32 games left to be played, and the rescheduling of the tournament has had to contend with a packed timetable of international cricket.

England will finish a five-Test series against India on September 15 and are ready to travel to Pakistan and Bangladesh before the T20 World Cup in India starts in October.

BCCI reached an informal agreement with the Emirates Cricket Board (ECB) to transfer the remaining season to the UAE.

The BCCI has asked for an extension of time from the ICC to settle on the World Cup hosting in India, considering the COVID-19 situation in the country.

ICC is to meet on June 5, where it is expected to decide on the venue for T20 World Cup, but the final decision could be taken at a different date.