Manchester City's Lucy Bronze was the first defender to win the women's prize. And Bayern Munich forward Robert Lewandowski beat out Cristiano Ronaldo and Lionel Messi for the men's prize.

THURSDAY- Lucy Bronze and Robert Lewandowski were respectively named the women’s and men’s player of the year at the Best FIFA Football Awards. 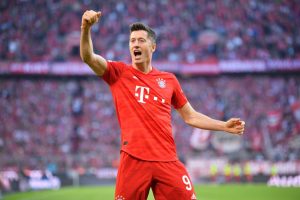 The striker has been in horrifying form over the past year, scoring 55 goals and leading Bayern Munich to impressive heights last season.

He was widely expected to win Ballon d’Or this year before it was cancelled amidst the pandemic.

Since the start of the 2020 season, Lewandowski has maintained his form, and he has scored 73 goals in 65 club games– 22 more than any other player in top five Leagues.

“This award also belongs to my coach, colleagues a Bayern Munich as a whole. It is a wonderful feeling, a lot of emotions,” he said.

“If you win an award like this and share that position with Ronaldo and Messi, that is incredible, and it means so much to me. Many years ago, I remember I was craving for something like this and today I won this award.” 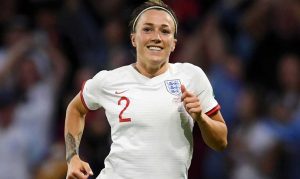 “What a shock. To even be nominated alongside the two great players, they are both wonderful in their game and as human beings as well,” Lucy said over a video message.

“I’m speechless right now, and I can not explain how I am feeling. If there is anything that this year taught us is never to look too far ahead, appreciate every moment you have and live in the hear and now,” Bronze added. “I will value winning this award, and I will appreciate this moment for the rest of my life.”

The awards acknowledge achievements made between July 2019 and October 2020. The voting is divided among national team coaches, team captains, 200 journalists and fans.

Top 3 Video Games with the best storylines to offer