President Joe Biden will sign the COVID-19 Hate Crimes Act into regulation Thursday throughout a ceremony at the White House, in line with his legitimate schedule. 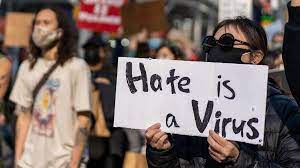 The House overwhelmingly handed the bill Tuesday, which despatched it to Biden’s desk. As reviews of hate incidents towards Asian Americans have significantly climbed for more than a year, the law is supposed to fight assaults and racism. After a mass shooting in Georgia in March that killed eight people – six of whom were girls of Asian descent – lawmakers in each chamber of Congress known as for quick action on the regulation which becomes law in May, Asian Pacific American Heritage Month.

Israel unleashes more airstrikes after vowing to press on in Gaza-

Israel unleashed a wave of airstrikes throughout the Gaza Strip early Thursday, killing at least one Palestinian and wounding numerous others. The strikes came after Israeli Prime Minister Benjamin Netanyahu pushed back in opposition to U.S. pressure to wind down the offensive towards Gaza’s militant Hamas rulers.

They have fired thousands of rockets at Israel. Israel’s Foreign Ministry says ministers from Germany, the Czech Republic, and Slovakia will arrive in the country Thursday “to explicit their harmony and support” for Israel throughout its campaign in opposition to Hamas. 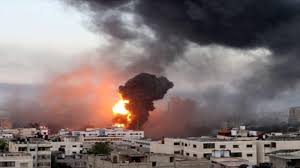 Israel faces mounting worldwide pressure to de-enhance hostilities after ten days of heavy combating in Gaza. In his most forceful announcement yet at the conflict, President Joe Biden told Netanyahu on Wednesday that he expects “a large de-escalation these days on the route to a cease-fire,” the White House said. Netanyahu, however, said he was “decided to maintain this operation until its goal is met.”