Ahead of the Oscars ceremony on April 25, we look back at the best of Close’s Oscar-nominated work.

Best Actress nomination lost to Olivia Colman for “The Favourite.”

Another instance of more minor is more, Close shows remarkable restraint playing the long-suffering spouse and ghostwriter of a celebrated author (Jonathan Pryce). She achingly conveys the frustration and pain of a life’s work gone unnoticed, simmering with rage as she’s forced to silently stand by and watch her husband accept a Nobel Prize in Literature for words she wrote. The movie derails into histrionics in its overwrought climax, but Close nevertheless stuns. 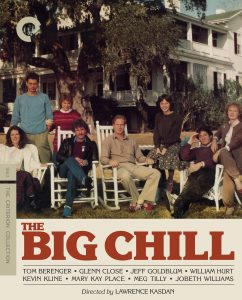 Where’s the best soundtrack Oscar when you need it? Lawrence Kasdan’s landmark hangout movie is perhaps best remembered for its nostalgia-inducing tunes and frank discussion of suicide, as a group of college friends reunite for a weekend of revelry after their classmate’s funeral. Close’s Sarah is the most reflective of the bunch: nostalgic for the youthful ideals they all once held and racked with guilt over an affair that affected her marriage. It’s a subtle performance, but Close’s tearful shower and dinner scenes are two of the film’s most potent. 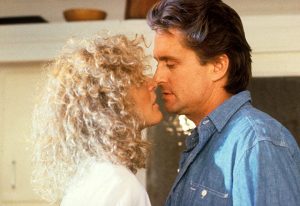 Close hasn’t been shy about her issues with the ending of “Fatal Attraction,” Her character, Alex Forrest, is punished for her increasingly violent and obsessive behaviour after a one-night stand with the married Dan (Michael Douglas). It’s a testament to Close’s preternatural abilities and deep love for the character that we manage to sympathize with Alex, who desperately demands some respect from the guy who – lest we forget – cheated on his wife. “I’m not going to be ignored, Dan!” Alex says in a much-quoted scene. That the Oscars similarly shunned Close’s volcanic performance is a crime worse than boiling bunnies.

Seven Sirius Benjamin is a celebrity child and is popular because of being the son of the legendary hip-hop artists...

Benjamin Salisbury is a very popular actor and dancer in America. He is a native of the United States and...

Eija Skarsgard – Know about the only daughter of Stellan Skarsgard

Eija Skarsgard is the former model and the only daughter of the popular Swedish actor Stellan Skarsgard. She has also...

Let’s Find Out About Albert McIntosh, The Secret Son of Kate Bush

We all are familiar with the famous English singer and songwriter Kate Bush. And we are now going to discuss...

Know about the Controversial Events from the life of Arionne Curry

Arionne is a trending name on the internet. For those unaware of Arionne Curry, we have gathered all information for...

Africa's second COVID-19 wave is much worse than any country